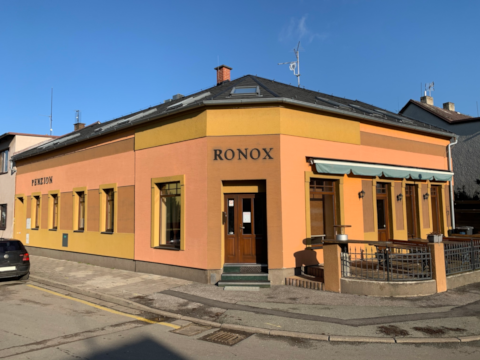 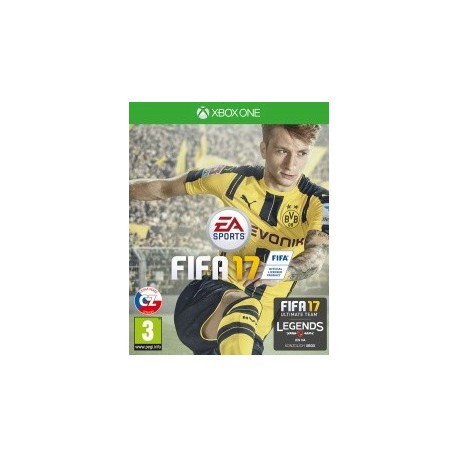 FIFA 17, powered by Frostbite engine technology, one of the industry's leading gaming enthusiasts, offers an authentic and realistic action that players can experience in new soccer worlds alongside colorful characters with emotions. Take on FIFA 17 on the authentic Football Path, a new feature film scene and a story about the professional career of promising football player Alex Hunter, who is just about to make his debut in the Premier League. The game system awaits you with comprehensive innovations in the way you think and move your footballers, physical contact with opponents, playing standard situations and switching offense, so you can conquer every moment on the pitch.

One of the leading game engineers, Frostbite, offers FIFA 17 for Xbox One, PlayStation 4 and PC an authentic and realistic action that players can experience in new soccer worlds alongside colorful characters with emotions.

New elements from the world of football: Frostbite brings even more detail into the football worlds of FIFA 17. Look forward to completely new environments such as entrance tunnels, cloakrooms, coach or team plane.
Faithfully rendered action With the Frostbite engine, a truly glamorous gaming experience awaits you to take on football and allow you to experience the emotions of this sport on and off the pitch.
Frostbite's detailed characters of emotion players adds realistic character to and beyond the pitch. This shift in authenticity will open up new narrative stories and give all fans a gripping gaming experience.

For the first time in the FIFA series, you will be able to experience your story on and off the pitch as Alex Hunter, the rising star of the Premier League. Sign a contract with one of the Premier League clubs led by a real coach who has top players from around the world. Enter the new world of FIFA 17 and go on a journey that awaits you with full strenuous ups and downs.

Hangout: It's just before the start of the 2016/2017 season, and you find yourself in the role of Alex Hunter, a young promising Englishman on the threshold of your Premier League career. Your task is to overcome the obstacles, climb the weight of the famous football name and build your own link. There are a lot of pitfalls and difficult choices ahead of Alex on the pitch, but you have a chance to go along with him on the Road and experience football from a side that only top players know intimately.

Your performance, your decision, your story. Alex's career in the Premier League is influenced by your performance on the pitch and the decisions you make throughout his Travel. The key decisions will affect what happens next and how the other characters will behave.

Club selection: Choose any of the 20 Premier League clubs in the 2016/2017 season for which you will play.
Interaction with characters: Answers to questions from journalists and other characters will shape your nature and the direction your journey will take.
Goals from a coach: Before each match, the coach sets goals and you either get them done or you fail. Your career path will also affect your performance on the pitch.
Attributes and attributes: You can raise the attributes of Alex Hunter for the points you earn, thereby influencing his football skills.
Authentic Stories: Inside the Path you will look backstage real life footballers in the Premier League. Join the world co-created by real players, celebrities, places and events and look where you've never been.

MAKE ANY DIFFERENCE INTO THE GAME

New Attack Options: New options in the attack will be reflected in other ways of creating a chance and ending in front of the goal.
Robust ending: The new shooting technique allows players to burn into the goal area in all situations - in the case of missiles placed, even a simple tapping of the ball into the net.
Headlines: Greater control of the ending allows players to hit the ball down and make it difficult for goalkeepers to work.
Running from the first: If you put a pass in the run, you will create new goal opportunities for your teammates.
A sharp kick from the gate: Start a quick counter with a sharp and accurate kick from your own goal.
Active Intelligence System: Thanks to a completely new system that changes the way players move, read the game and react, footballers have an overview of what's happening around and develop more activity in ballroom situations.
Permanent overview of events: Every player now analyzes the distance to the opponents and the space around them in order to better find offensive opportunities.
New types of racing: Smarter players and their increased ball-free activity opens up new creative possibilities to overcome your opponent's turn through a number of current, fake, strenuous, or frankly risky races.
Reworked game: Big changes have seen the way the players behave on the pitch. Space battles and possession of the ball are now in your hands - the new "Physical Game" button allows the player to activate a strong body play.
Return to Defense: Technology that is currently the subject of patent procedures in the US offers the possibility of organized assault, dildo, intense gameplay, and other defensive ways that faithfully represent battles over the ball.
New Physical Interactions: Contacts between players are realistic throughout the playground and include snipping, goalkeeping or bouncing.
360 ° ball bounce: A new ball shield based on the distance of the defending player will help you get rid of your opponent and keep the ball on the kicker - players now understand where the defenders face the greatest danger and if they have the time to cover it.
Improved standard situations: Every standard situation, from penalty to corner, you can play in your style and always different.
New Penalty: Move freely towards the ball and choose a different angle or velocity, giving each penalty your own fingerprint.
New cornering game A new cornering system lets you choose the right teammate with greater precision. In addition, it changes the way they move without a ball at your center.
Free kicks: By adjusting the free throw kick, you will get more opportunities in the event of a ball twisting or other adjustment of the trajectory. Now you can now play the outer breeze right around your opponent's wall.
User-controlled cars: To get a better position at the throw-in, you can now move along the sideline, fool your opponent by indicating the throw or throw the teammates violently into the race.

What is the FIFA Ultimate Team (FUT) mode?

EA SPORTS The FIFA 17 Ultimate Team is a huge online community of players who build and manage their own football teams of the best players in the world and compete with them in FIFA 17. Join more than 15 million hobbyists and take the challenge of building their own teams composed of superstars world soccer. You can simply win, buy, sell or trade with other Ultimate Team players. Build your dream team and invite your friends' teams with it whenever you want. Create multiple teams and lead them in online or single-player tournaments. All competitions are dynamically updated every week.


What is a hosting player for the FIFA Ultimate Team?

Have you ever wondered what it would be like if you had a team of top footballer? In FIFA Ultimate Team mode, you will be able to try out some of the most wanted players in the game for a limited number of matches.


What is draft in FIFA Ultimate Team mode?

Draft FUT is an entirely new way to play FIFA Ultimate Team! Draw a team and challenge your opponents in a tournament where prizes are in the form of coins, packages and other items. It will test your team building skills, with only five players available for each position in the report. You will have to make decisions based on the individual quality of the player, or his suitability for teamwork. Gradually, you can get even better rewards for matches, and if you manage to win four games in a row, you will have the best!

It's a soccer social network. You earn rewards, improve your level, enjoy the challenges, and stay in touch with your friends. Everything in FIFA 17 is measured, recorded and communicated through the EA SPORTS Football Club. With the rewards earned, fans can unlock items from the Football Club Catalog and improve their status as they reach the 100th level. EA SPORTS Football Clubs are a regular challenge based on real football events, and FIFA 17